opening reception(s):
Friday, July 23rd - 5pm to 7pm
Saturday, July 24th - 3pm to 5pm
In Summer Bounce, Lorraine Peltz gives us flora at their most verdant, at the glorious peak of their most anticipated season. Floral imagery is not new to Peltz’s practice, though in this latest series, flowers are rendered in a style far more realistic than she has used in recent years. Peonies, daisies, violets and lotuses are centered in her canvases, articulated carefully yet painterly, harkening to the still-life paintings of the Dutch Golden Age. But, unlike the subjects of still-lifes, Peltz’s bouquets are not situated in a naturalistic environment or illusionistic space; her blooms sit atop geometric patterned fields. Defined in pictorial space in this way, Peltz’s flowers are not just images of flowers -- they are symbols.

The artist’s interest in floriography, the language of flowers, played a role in the development of the paintings in Summer Bounce, and the tradition of flowers being used to communicate that which cannot be verbalized is compounded by Peltz’s formalism here. In Loves Me, a cloud of perfect daisies is backed by a chevron pattern of luminous gold, and airy bands of blue and pink, radiating sweetness, light and harmony. Conversely, the figure and ground in Plus Que Vrai (More Than True) compete for the viewer’s attention; the harlequin pattern of saturated, high contrast hues threatens to outstrip the exquisite depth and texture of the painted peonies in the work’s center. Disparity is palpable in Pink Fancy, as the presence of broad, bold stripes render the stems and petals of a lotus that much more tender and slight.

While Peltz has suspended her subjects in an indefinite state of flourish, there’s no contemplating this bloom without acknowledging its inverse. As the artist explains: flowers fade. The peonies will wilt sooner than the rest, but flower again early. The lotus will drop its petals and its seeds, then re-emerge from the muck. So too does this cyclical metaphor ring true for the artist herself. Those familiar with Peltz’s work will recall precisely rendered flowers in her paintings from the late ‘90s, and the flattened space and all-over-ness reminiscent of her early AbEx training. Peltz’s is not one of those art practices in which its evolution plods straight ahead. Hers is one in which linearity is moot, revisiting and re-contextualizing in an ever abundant cycle of creation. 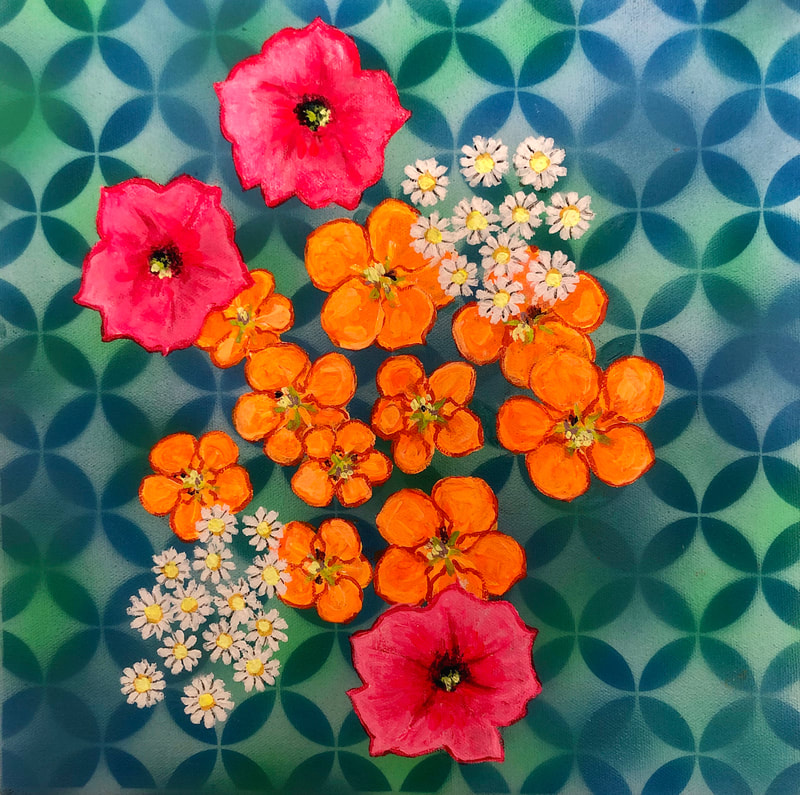 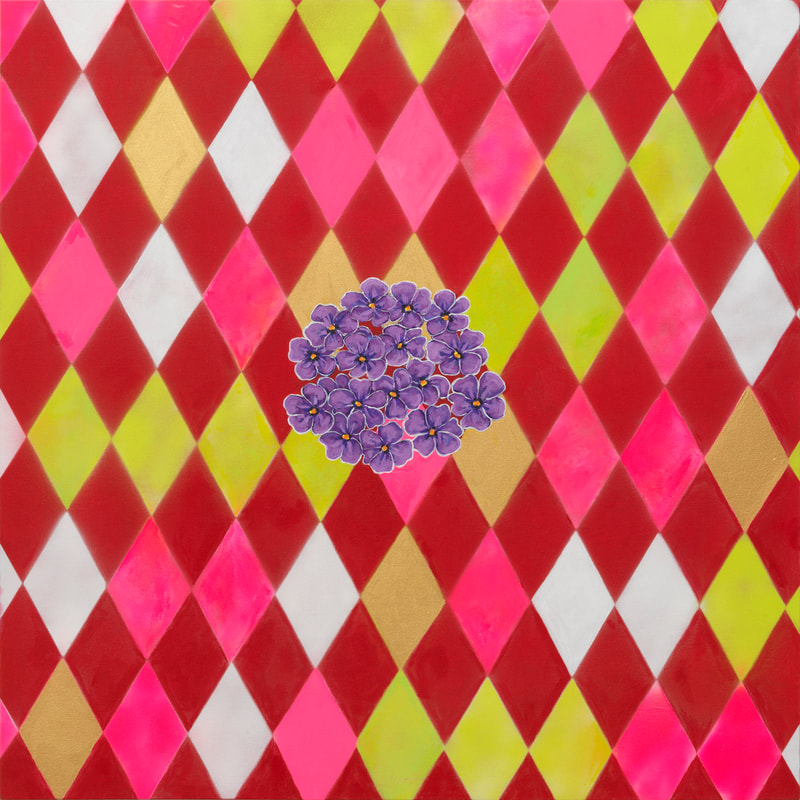 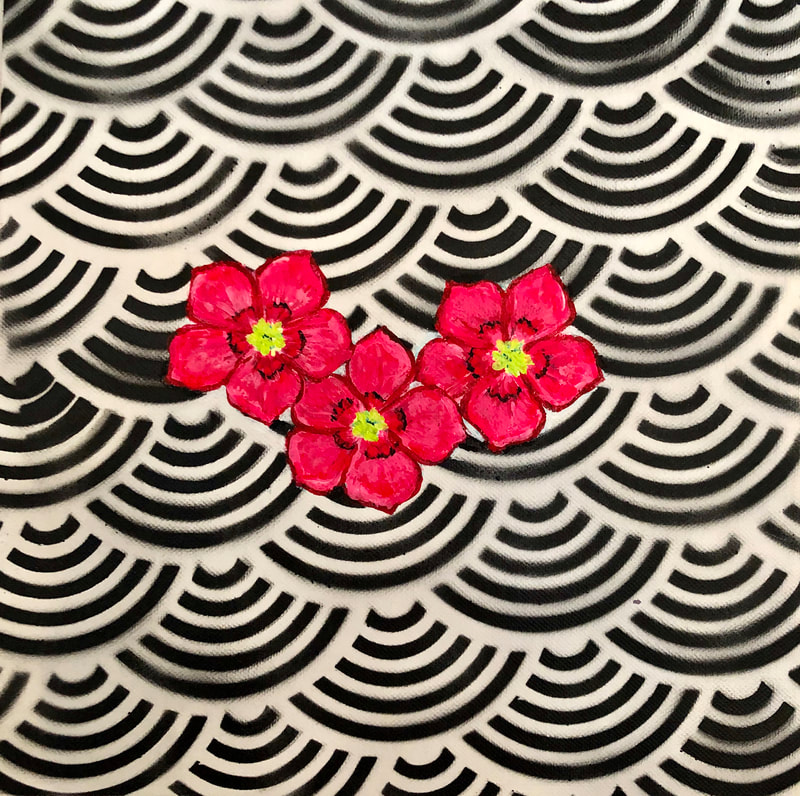 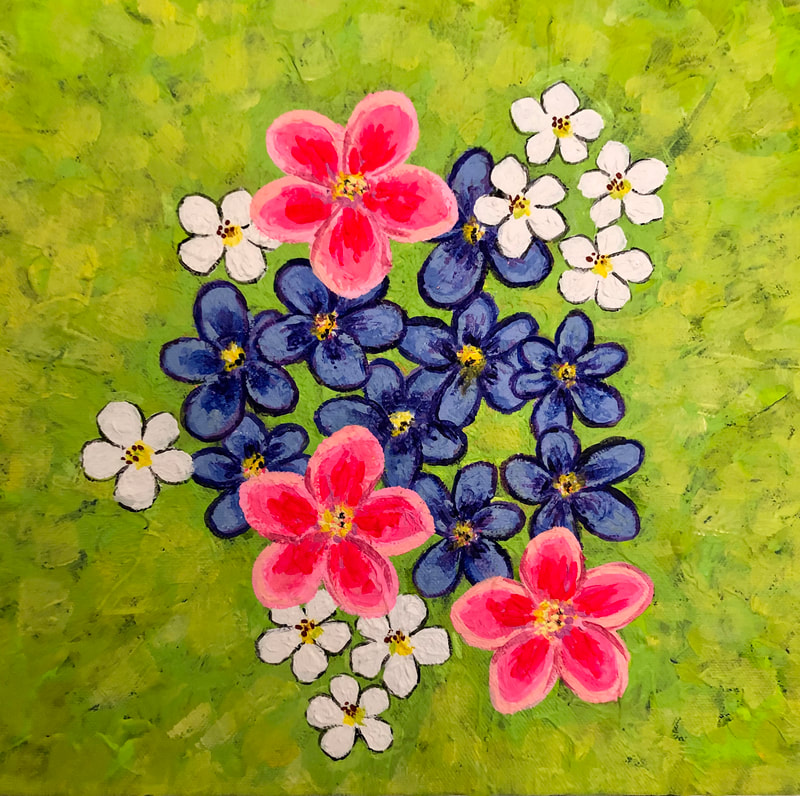 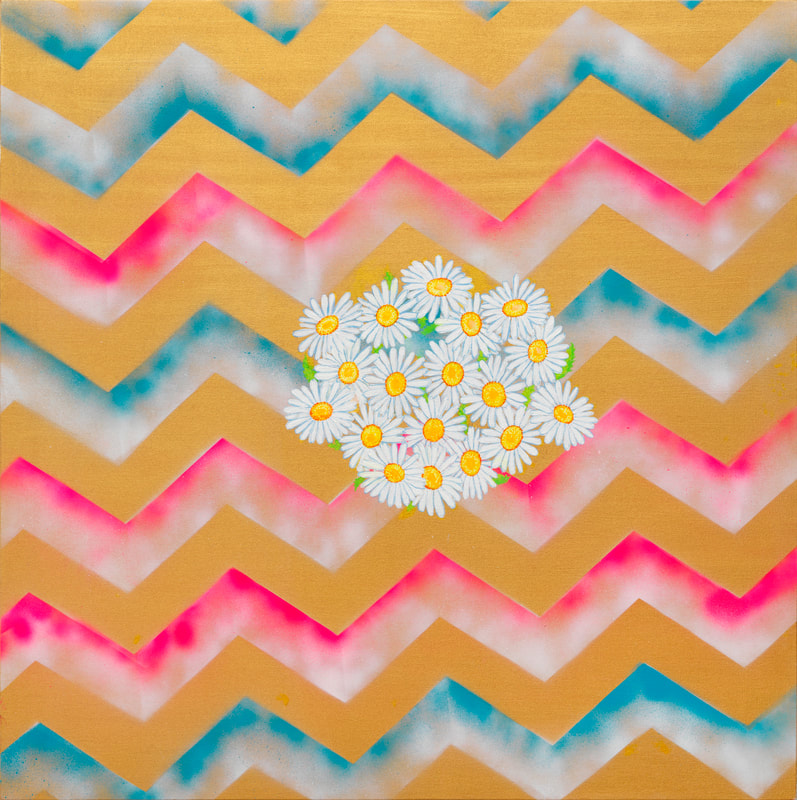 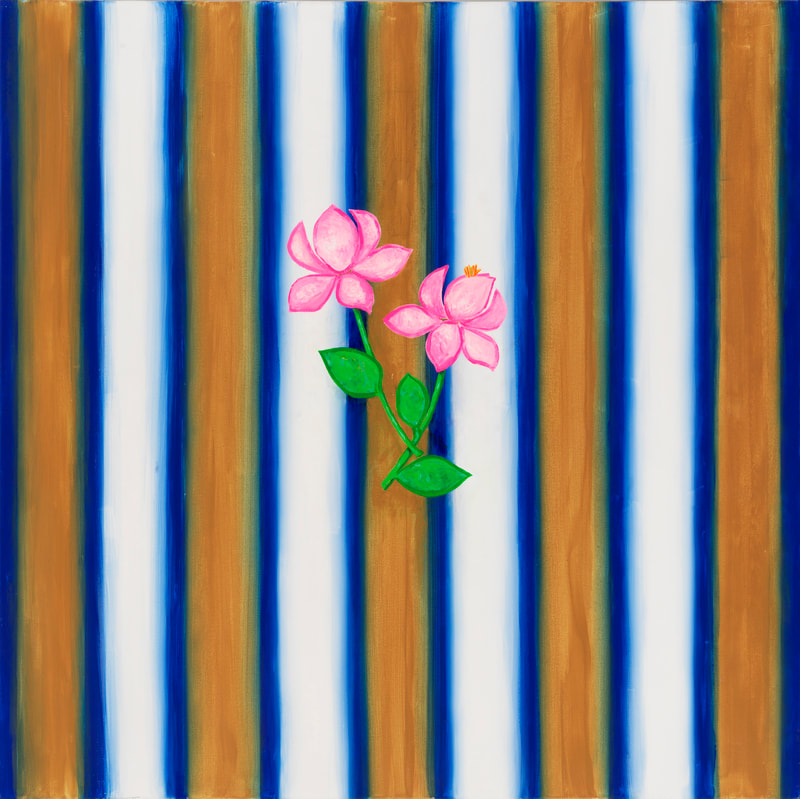 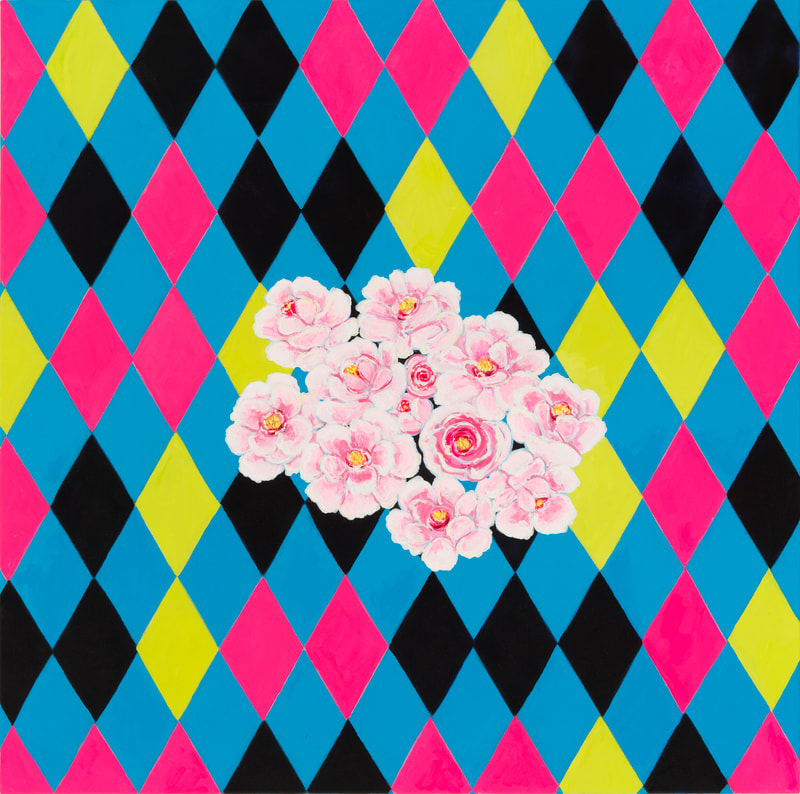 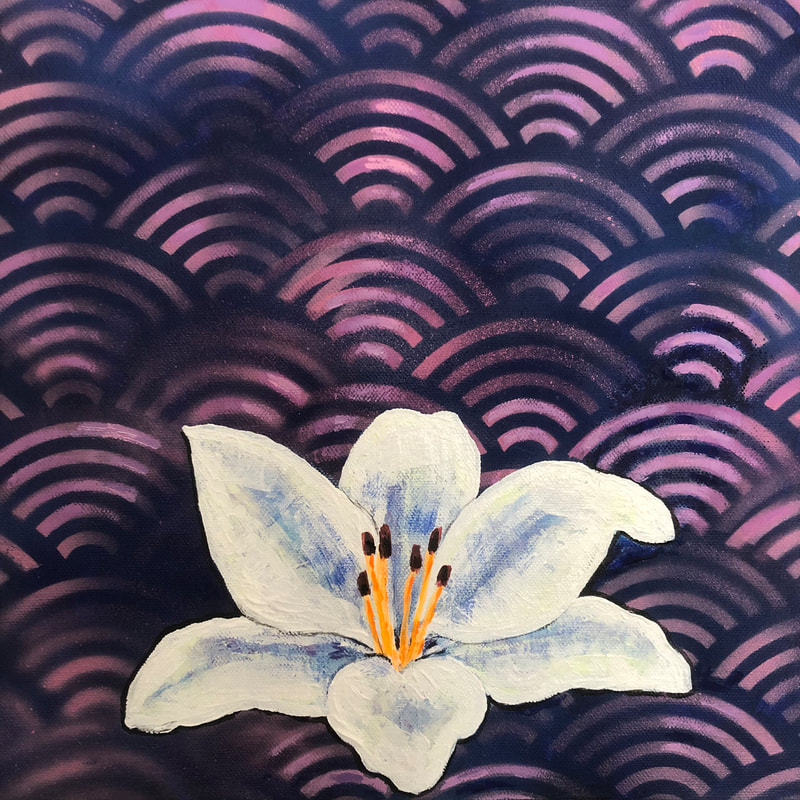